5 Simple Games Can Help To Level You Out 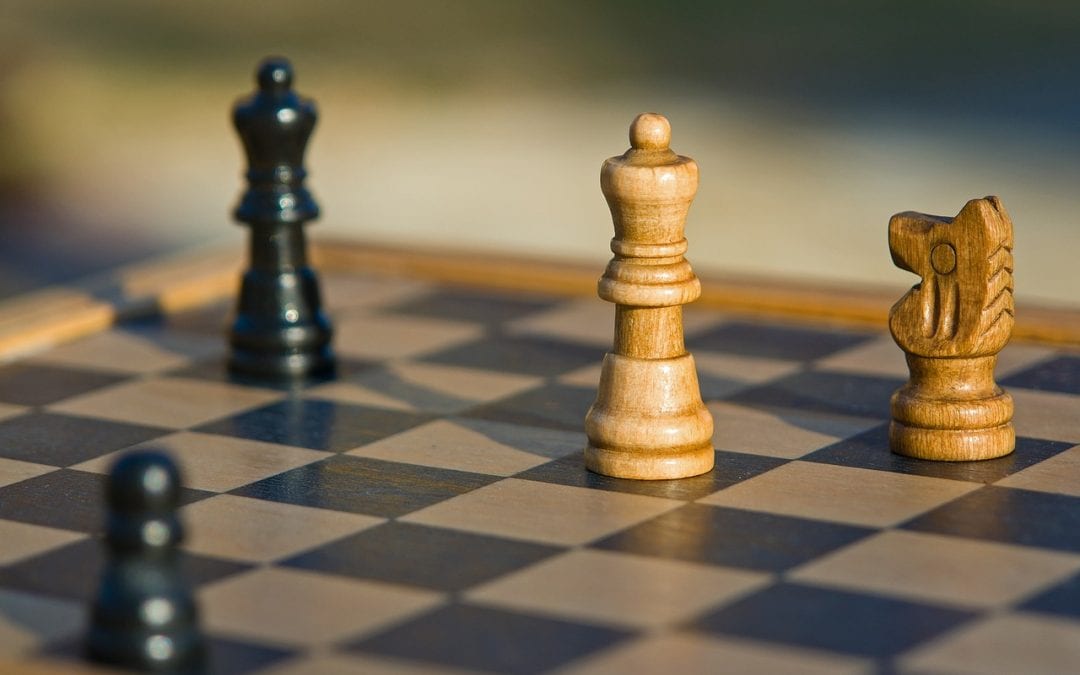 In a past blog post on the idea of moving forward, we commented on the issue of feeling drained to the point of exhaustion. It’s a common problem we all face at one time or another, and while it can be attributed to a number of different causes, sometimes it’s simply a symptom of stress. In the modern world many of us are chronically stressed out, and while it’s tempting to try to “just push through it,” the truth is it’s an issue that needs to be dealt with constructively.

How you deal with stress is up to you, and you may well find that some methods work better than others. Many turn to yoga or meditation; some try to get a little more social time; others still look to get more sleep or exercise. Another option, however, is to periodically shut out the surrounding world and enjoy some time to yourself. Many find that the best way to do this is through gaming.

To be perfectly clear, we aren’t advocating for hours upon hours spent in front of screens playing games. Rather, we’re exploring the idea that taking anywhere from five minutes to half an hour to tune out your surroundings and allow yourself to be absorbed in a game can actually be an excellent way to deal with those stressed-out, overwhelmed moments. Here are a few games perfect for this specific purpose.

Monument Valley is one of the most popular mobile games of the last several years. It is essentially a three-dimensional, geometric puzzle in which you must guide a small character through levels as she progresses through a vaguely defined, dream-like adventure. The game is often described as meditative (per Kill Screen its developers have even made a subsequent meditation app!), and it’s not hard to see why. Everything from the game’s soundtrack, to its pleasing aesthetics, to the satisfying quality of the physics of movement contributes to an exceedingly relaxing experience. No matter how you feel about gaming, you’ll likely find this one can calm your mind.

A Short Hike is a PC-based game that you can download to play. And oddly enough its core premise — reaching the top of a giant mountain to get mobile phone reception — doesn’t sound calming at all. But the execution of this brilliant indie game is so peaceful and serene that it’s been hailed as one of the most relaxing games you can find on a computer. The animations are charming, there’s a lovely sense of invincibility (falling off a cliff simply means gliding down to a lower level), and it’s all more about exploration, more than achieving a final goal. There’s something about just living in this game for 10, 20, or 30 minutes at a time that makes for an excellent shield against stress.

Tetris is a game that’s been through a lot of iterations over the years. It progressed from a sort of bare-bones original arcade version into something louder and more colorful, and then from there into other game genres entirely. There are now mobile versions of Tetris with new gaming formats and heavy multiplayer components, and Foxy Games has highlighted Tetris as one of a handful of classic video games that have inspired their own slot machines spinoffs as well. All of these games, from the original arcade to the slot version, share similarities, and all can make for excellent distractions from day-to-day life. But the versions closest to the original are, to many players, legitimately soothing. The game’s repetition, simplicity, and light puzzle-solving challenge have a way of leveling out the mind and causing you to focus almost absently on a single task at hand. It’s a nice way to refresh yourself when you’re feeling overwhelmed.

Chess is a little bit more of a challenge than the other games we’ve listed here, and can really be about as intricate as any game on the planet when taken seriously. However, not all means of de-stressing have to involve soothing aesthetics or simple tasks. There is also something to be said for focusing intently on something, and engaging your mind in a way that has nothing to do with work or other obligations. Chess can give you a reprieve from your day, but will do so in a way that keeps your mind sharp and your senses alert. And for some, that makes for a great way to de-stress without disengaging from the day at hand.

Solitaire is almost a little bit more like Tetris, in that it provides you with a simple but light challenge that can help you to narrow your focus, concentrate on a task, and “zone out” all at the same time. And conveniently enough it’s another game that is readily available to us all, through any number of websites and applications. That said, there’s also something to be said for playing this particular game in the real world, if you have the chance. The Guardian wrote about solitaire a few years ago and made the interesting point that the “tactile” experience of real-world card games can serve as a much-needed escape from the world of screens. So, if you feel that screen time and digital connection contribute to your everyday stress, keeping a pack of cards handy might not be a bad idea.

Once again, there are a lot of ways to deal with feeling stressed out or overwhelmed, and gaming isn’t the best solution for everybody. Done with moderation however, and through the right games, it can be a surprisingly effective tool in combatting those feelings. And the games above demonstrate this as well as any.